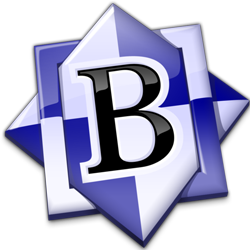 Bare Bones BBEdit is a paid text editor for macOS operational system, distributed on the proprietary basis. It contains a multitude of functions, assigned both for web-designers and software developers. The utility possesses native support for a large variety of programming languages. In addition, the app consists of custom modules, which can created and designed by users in order to support any preferred language. It should be noted that Bare Bones BBEdit does not stand out as a word processor, which means that it does not include page layout or text formatting features.

The project involves multi-file text searching abilities. At the same moment, support for Perl-compatible regular expressions is included. The BBEdit product allows built-in validation and previewing of HTML markup. However, it also provides prototypes for the most of HTML constructs, which can be defined in a dialog box. In addition, it includes SFTP and FTP tools and is integrated with systems, assigned for code management. Bare Bones BBEdit permits the merging of changes and displays differences between file versions. Moreover, the support for version control is built in, including Subversion, Perforce and Git.

A large quantity of developer tools and apps guarantee direct support for applying BBEdit as a third-party editor of the source code.

The described application supports the Open Scripting Architecture and is capable to be recorded and scripted using AppleScript and additional languages. Also it has the ability to execute AppleScripts itself.

The free alternatives for the text editor: Geany, Apple TextEdit. 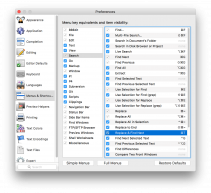 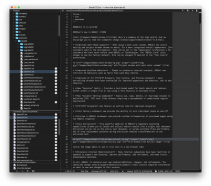