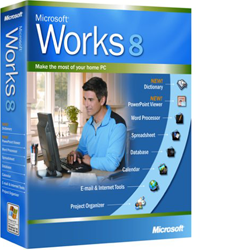 Microsoft Works is the office suite, the development of which continued for 19 years and has been ceased not so long ago. The reason for such a decision was an increasing popularity of more complex and advanced suites, like MS Office. The last release of Works has seen the world in September 2007. The main advantages of Microsoft Works are cost-efficiency and usefulness. This tool was aimed for users who value comfort and practicality, and didn’t want to spend too much money at the same time.

The core feature set contained a DBMS, a spreadsheet and a word processor. Further builds included a dictionary and a calendar app, while at the early times the set also had a terminal emulator. Also more modern versions have task panes, but do not contain severely updated functionalities. Even in the final release the Windows 95-aged pictograms were not updated in order to keep consistency with later app releases.

If you install 2007 Office System Compatibility pack, the Works text editor will be capable to export and import Office Open XML document formats, despite they are being put under conversion instead of native handling and operating. In such a way, some problems with incorrect formatting can occur while opening the DOCX-file objects.

In addition, the Microsoft Works word processor is compatible with its own personal extension WPS. Currently Microsoft Word is easily handling this type of format and opens these files just with a bare mouse click.

If you are using old version of Windows OS (Windows Vista, for instance) and are looking for a replacement to MS Word, download Microsoft Works from the non-official server in the web and pay a closer attention to it. The app is capable to operate with the following formats: doc, rtf, txt, rtf, wps, docx (with conditions, mentioned before). 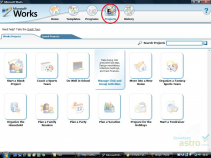 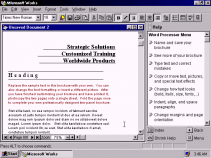