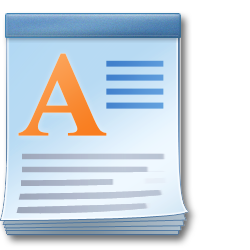 WordPad is a basic text editor which is included into nearly all versions of Windows OS. Microsoft WordPad tool is more complex than MS Notepad, but simpler than Microsoft Word and MS Works. Consequently, it replaced Microsoft Write word processor and became its follower.

WordPad contains a wide variety of useful actual features, like printing and formatting the text, including centered, colored, italic, bold text and fonts. Also WordPad is able to save, render and read a large row of RTF features. Moreover, to additional indisputable advantages of the word processor belong its speed, simplicity and low system-resource usage.

Nevertheless, there are some things which Word Pad cannot do, and here they come:

For instance, if you paste from or into an HTML document such as from the email or internet, it will simply convert all or most of the text into RTF. In such a way, WordPad is perfectly adapted for writing stories, letters or diaries, taking notes. Also it is non-replaceable while using on smart phones PCs and various tablet gadgets. At the same time, the app is underpowered for operations, that heavily relies on typesetting or graphics.

If you occasionally deleted the utility from your PC, you may download Microsoft WordPad for free with making just a couple of clicks from non-official servers, as far as on Microsoft web-site the program is not available. The reason for it is quite clear: you may reinstall WordPad, using your Windows OS distributive DVD. Microsoft WordPad supports the following formats: rtf, txt, doc (only reading), wri (only reading), docx (the problems with incorrect formatting may occur). 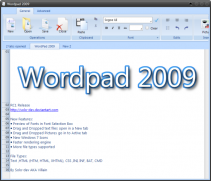 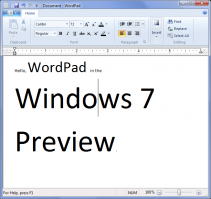 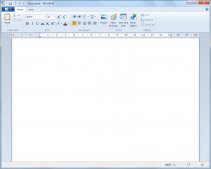 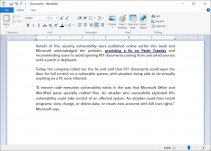