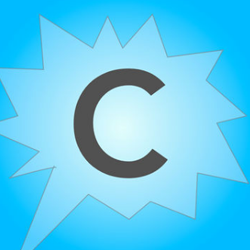 iComix is a simple lightweight freeware comics reader for iPhone/iPad/iPod touch. The tool doesn’t offer special functional options, but considering the fact, that most comic readers for iOS have commercial basis, a new convenient and stable free applet will be warmly accepted by the thrifty owners of Apple gadgets. iComix is frequently updated and provides the compliance with all new iOS-devices, released recently.

From the first sight, the tool bribes with clearness and transparency in the GUI and design. Right after you install the app, you receive absolutely slick and familiar visual gamma in picturesque tones and color theme. Indeed, the developers have taken into consideration the major usability approaches, prevalent nowadays in the web-community and IT-area.

The substantial disadvantage of the package is the lack of supported formats. As the developers claim, the product provides the viewing ability of comic books, saved and imported into the bookshelf with CBR and CBZ formats only. In the age of technology, where even free mobile applications support any archive extensions, PDFs, plain e-book file objects and sometimes even such instances, as DjVu and EPUB, the lack of compliant formats is the essential underestimation of the user’s demands.

Among the positive issues is the compatibility with all relevant cloud services: Box, OneDrive, Google Drive and Dropbox. In such a way, if you often change your physical location or tackle with full internal storage drive or SD card capacity, you may easily import the favorable comic books from cloud, and refer to it as frequently as you need.

In addition, such bonus features as bookmarks and digital content manager are also present. So, if you download iComix for free, you won’t regret, that once paid attention to free comic reader, even if it contains a few ads and supports only cbz and cbr file formats. 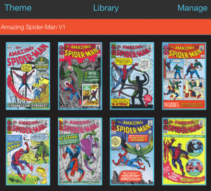 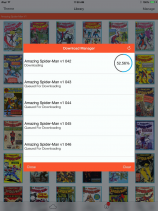 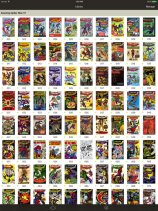