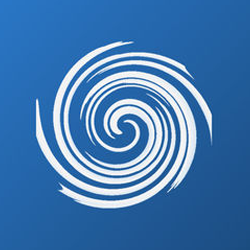 Manga Storm is a fancy stylish mobile applet for iOS system, which lets to read and follow comic stories on your favorite device after sync with popular web-resources and downloading the digital content in the background. The application immediately bribes the manga lovers with brilliant design and colorful GUI from the first sight, attracting their attention with unforgettable interface and layout. After thorough review under the hood we discovered, that Manga Storm may also boast with remarkable functional elements and toolset in addition to the visual part.

Here is a list of product highlights, which the loyal manga lovers will appreciate for sure:

In general, this package is more oriented to syncing with the compatible web-sites and reading manga directly from the network by Wi-Fi or mobile traffic rather than obtaining the comic book content from the internal memory or SD-card of the mobile gadget (iPad or iPhone). Take it into consideration before you download Manga Storm for free and start using it daily or occasionally. The project supports viewing of manga compressed in cbr, cbz and cbt archives and export to cbz format operations. 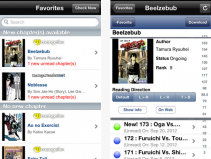 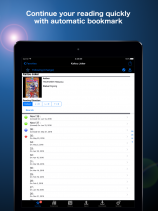