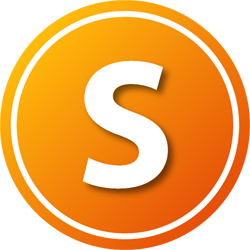 TextMaker is a text editor designed and developed by the German company SoftMaker. SoftMaker TextMaker is available as a component of the complex suite, which consists of several applications, served to operate with spreadsheets, texts, presentations and programming scripts.

An office suite from SoftMaker contains lots of functions peculiar to another popular office suites, like Microsoft Office, OpenOffice, LibreOffice and WordPerfect Office. First of all, it may run from USB flash drives as well. In addition, it features embedded reference works. Also it possesses features of exporting to PDF format. Among other functionalities, thesaurus, hyphenation and multi-language spell-checking are supported. At last, it contains embedded five-language dictionary, eligible for translation: there are Spanish, Italian, French, German and English languages containable. Regarding the user interface, in common it is similar to the following in MS Office.

In order to provide convenient and easy navigation through long texts, the cozy side bar is added to the ribbon, which structures them into an integrated outline view.

Among the other in-time functions are:

If you are looking forward to get acquainted with the tool closer, you may download SoftMaker TextMaker, i.e. its free trial version, which works without any functional limitations the reduced period of time, on the official project server page. Among others, TextMaker supports the noted below formats: doc, docx, odt, rtf, txt and sxw. 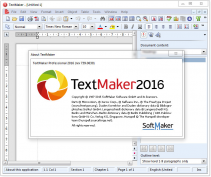