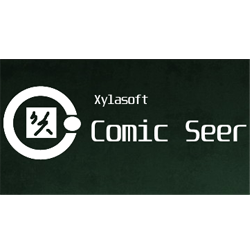 Xylasoft Comic Seer is a multilingual feature-packed program tool for reading comics on the desktop computer. Currently this package supports Windows and Linux operation systems. Despite the app has been designed and developed by a commercial company, Xylasoft Comic Seer is distributed absolutely for free and is entirely available for millions of users all over the world without in-app purchases or micro-transactions.

Here are the key functional components relevant to the program:

Regarding the cross-platform base of the product, the developers have taken cared about the native support of all the latest Windows versions, so you will be able to enjoy hassle-free operability of the app toolset even on Windows 10 and later updates. What concerns the Linux support, the suite was thoroughly tested on Ubuntu branch, but the authors assure, that on another Linux releases you will achieve the same scale of stability, speed and featured elements. After reference to proper web-page, you have a chance to download Xylasoft Comic Seer for free and have a try to use the product abilities in daily work. The project supports opening and reading cbr, cbz, cb7 archive formats in addition to plain image files.