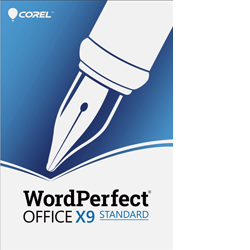 WordPerfect is the primary text editor from Corel corporation. The period of Corel WordPerfect product development exceeds 35 years, as far as the initial release of the program has been presented to public in 1979.

Among the outstanding capabilities of the application are:

The easiness of such tools usage as Mail Merge (combination of the form documents with info from any allowed data source), tables (with possibility to generate graphs and with spreadsheet capabilities) and “Print as booklet” should be mentioned as well.

In WordPerfect 5.0 the style libraries and styles were added, which provided extended flexibility and power in documents formatting. At the same time, the streaming-code architecture of previous releases was maintained. As far as WP was enriched with features from CorelDraw Graphics package, graphic styles appeared as editable items. Also Graphic Styles editor is accessible, which allows to customize the appearance of lines, borders and boxes, and store and fill design obtained after customization for further reuse.

If you like the product and expect to receive a personal experience of using it, you may download Corel WordPerfect from the official server page. The variety of the formats supported by the word editor is very rich. Among them are: wpd (the native extension of the program tool), doc, docx, rtf, txt, wri and others. 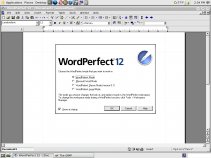