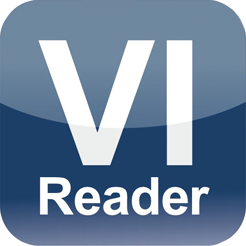 vi is a console word processor, designed for Linux computer system. Indeed, vi is a whole legacy generation of text editors, which includes several clones of the product (Vim), whereas vi is the original app, that was created the first. The utility can be applied from any terminal type, as far as it is not dependent on function keys and arrow keys – instead, it applies standard alphabetic keys for command usage.

The interface of the package is as simple as possible. The main form displays the file content in the shape of 24 lines of text. This tool doesn’t look any WYSIWYG visual editor, which you are used to see. Despite, it allows you to delete, change or add text, at the same time not providing such related to formatting abilities, as indenting paragraphs or centering lines.

In contrast to many accustomed word processors, vi contains modal interface. It means, that all the same keyboard keys in various operational modes perform different actions. Generally, the app includes two basic modes: command mode and insert mode. When the program is called, the command mode is used by default.

Most of the applet functions are available via the command line and hotkeys combinations. They are described in detail in help reference, which you may access by typing “man vi” command in the Linux shell.

Among the most salient application opportunities are:

If in Linux environment you are used to work with the text in console mode, i.e. by typing commands from keyboard, download vi for free and discover full-fledged options, which the tool provides. Otherwise, try some more accustomed visual editor, like Beaver, Geany or KWord. The project supports the mentioned below text extensions: me, nfo, unx. 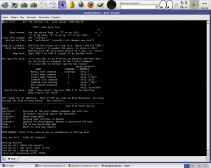 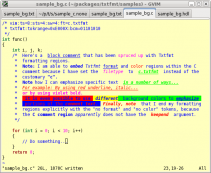