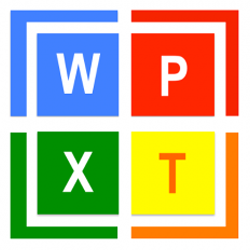 OffiStar Word Excel Powerpoint is a versatile multi-format viewer for Android, which gives you the chance to work with any type of the document from anywhere. In addition to viewing option, the tool possesses the opportunity to add comments to Adobe PDF and MS Word files on your smartphone or tablet. In comparison with concurrent same-purpose products, OffiStar Word Excel Powerpoint takes a minimum amount of disk space and does not require powerful hardware base for its operations, so you can take it into consideration while choosing the appropriate mobile viewer-applet for your mobile gadget.

The utility favorably stands out among its rivals thanks to the several individual abilities, about which we should tell in detail:

It should be noted, that all the processed documents will look exactly the same way, that they would while being opened from the PC. This is explained by usage of the special engine, which is based on LibreOffice/OpenOffice suites. Basically, when the file is opened, the product automatically converts the document with this engine in the background mode. The main disadvantage of such workflow – internet access is required for working with OffiStar.

If you prefer to reveal the extended opportunities of the project, download OffiStar Word Excel Powerpoint for free from the mobile market and discover the applet closer. The application is compatible with mentioned lower text formats: rtf, dot, doc, odt, txt, docm, dotx, docx, html and pdf.